Alicante, a city for the 21st century 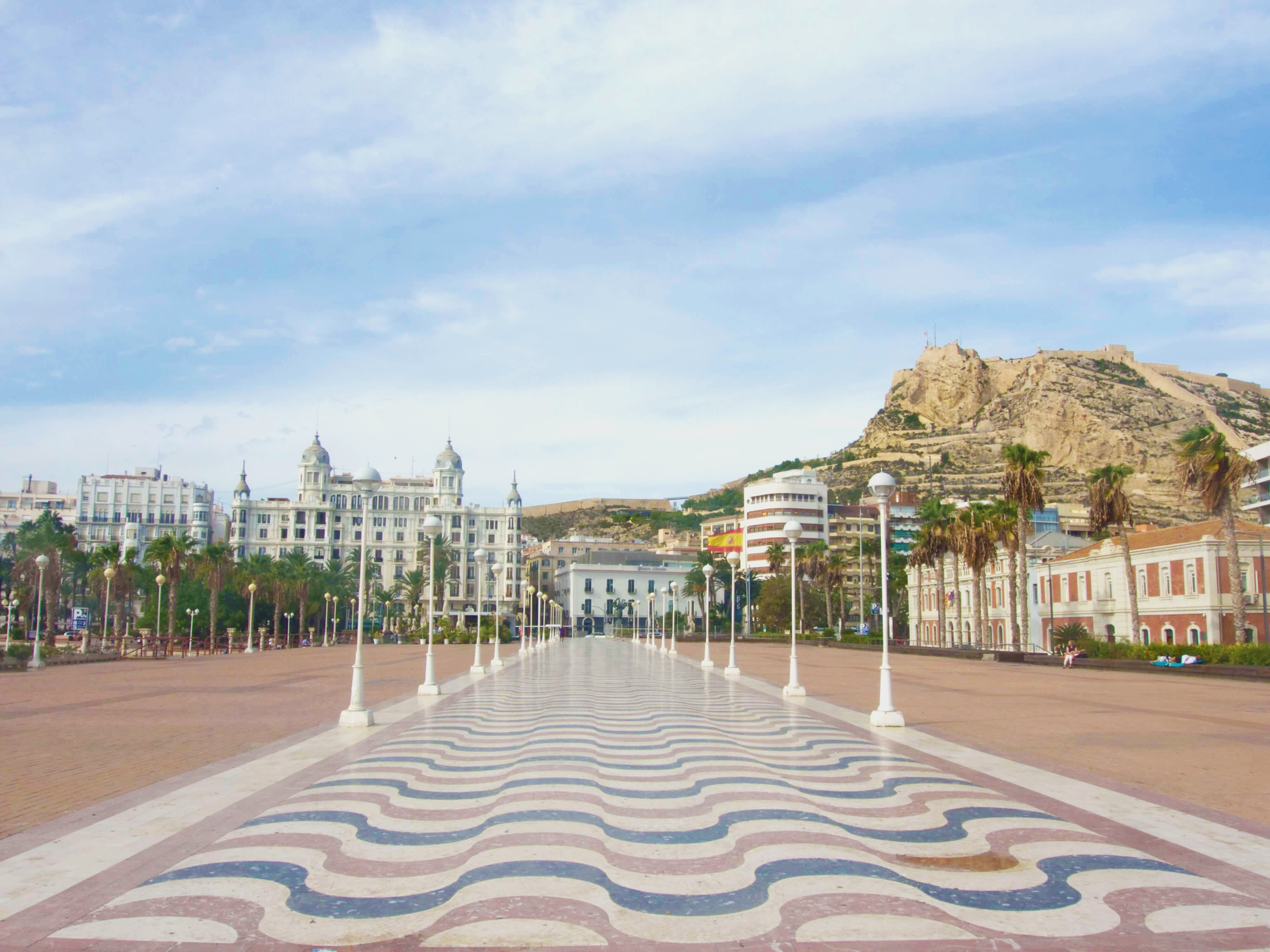 Alicante is a continuous dialogue between the ancient and the modern. This is because there is an enormous commitment on the part of its inhabitants to care for their tangible and intangible cultural heritage, which, through its monuments, buildings, festivals and traditions, fills its streets with life and color, and generates an attractive identity that makes it a unique tourist potential. But at the same time, it responds to the needs that every dynamic and multipurpose city of the 21st century demands: love for culture, sports life, environmental commitment, openness to the outside world, etc.

The first of these pillars, the cultural pillar, has as one of its main protagonists the
University of Alicante (UA)
. With more than 25,000 students enrolled each year in a wide range of degree programs, they are a generator of a host of innovative services and activities. In addition, many of these students, both national and international, live in the city every year, spreading their energies and leaving their mark on the city.

But the city is also music thanks to its many venues and concert halls that are committed to live music, as well as annual festivals as prominent as the Spring Festival or the Alicante Jazz Festival (FIJAZZ)It is cinema, as the seventh art is welcomed in numerous screening rooms and in its film library, and, above all, it strengthens links with the future promises that come together in the Alicante Film Festival. Alicante Main Theaterand even literature, with a cast of independent bookstores and cultural cafés that fill the corners of the city.

In addition to all of the above, there is a wide range of museums and art galleries in constant activity, working to offer us a complete and varied agenda, with institutions as outstanding as the Museum of Contemporary Art (MACA)the Museum of Fine Arts of Alicante (MUBAG) or the Archaeological Museum of Alicante (MARQ).

Sport is another crucial element in the life of the city, supported by a large number of athletics tracks, swimming pool complexes, sports centers, soccer fields, water sports facilities, or simply green areas that become meeting points for all kinds of athletes. In addition to all this, there is a full calendar of events, such as the Aguas de Alicante Half Marathon or those carried out by the
Alicante Royal Regatta Club
.

And all these elements are rounded off by a strong environmental commitment, evident in the various measures promoted by the different public actors working in the city. Fundamental elements such as air quality, water use or investing efforts to reduce noise levels. In addition, they are committed to providing their cities with a wide and varied public transport system, as well as investing resources in sustainable mobility.

In conclusion, Alicante has become, thanks to all this, a tourist destination of great importance, both nationally and internationally. A key city on the European map that has been designated by the European Union to house the headquarters of the European Union Intellectual Property Office (EUIPO) and whose airport,
El Altet
offers easy connections to various parts of the continent.

A little bit of history to know where the name of the city comes from. Lucentum was the name of an Iberian-Roman city located in the current municipality of Alicante. With the arrival of the Arabs, this denomination evolved to al-Laqant, a denomination that was retained in the Valencian form Alacant and that was castellanized in Alicante.

And the fact is that Alicante not only has beaches, Alicante has history and monuments to visit. Among the monuments and historic buildings to see we find, among the most popular:

Santa Barbara Castle
The Castle of Santa Barbara is located at the top of Mount Benacantil, 166 meters above sea level. It is home to one of the largest medieval fortresses in Spain. It is the most emblematic monument of the city and of Cultural Interest. Access is free of charge.

Alicante City Council
This baroque civil building was built in the 18th century in the space occupied by the old town hall. Inside there are several interesting rooms such as the Elizabethan-style Blue Room, the Plenary Hall and a chapel where mass can be celebrated.
At the foot of the main staircase of the building is the “Cota Cero”, which is used to measure the altitude above sea level anywhere in Spain. Free access.

Santa Faz Monastery
A religious and important building in Alicante is this monastery due to the festival of the Pilgrimage of the Santa Faz. It is one of the most multitudinous pilgrimages in the whole country, since up to 300,000 people participate in it. The monastery is of baroque style, it keeps a relic brought from the Vatican in the 15th century that, according to popular tradition, was the cloth with which Veronica wiped the bleeding face of Jesus on his way to Calvary.
Two Thursdays after Maundy Thursday, the popular pilgrimage known as “La Peregrina” takes place, to the monastery of Santa Faz, located 7 kilometers from the center of Alicante, where the relic is kept.

It is worth mentioning other important popular festivities in the city:

Carnival
The most important night of the Alicante Carnival “El sábado Ramblero”, is named after one of the main avenues of the city, the Rambla, which during that special night is filled with people dressed up as many different characters.

Bonfires of Sant Joan
These are the main festivities of Alicante and have their origin in the tradition of burning useless objects with the arrival of the summer solstice. They start on June 20 and last until June 29. This celebration is entirely dedicated to fire, including events such as the Proclamation, the “Plantà”, the “Ninot” parade, parades and parades in the different neighborhoods and the main event on June 24, the day of San Juan Bautista, when the fire consumes cardboard and wood monuments made in a satirical style.
Festivities declared of International Tourist Interest, include the celebration of one of the most important bullfighting fairs in Spain. After the big days, the fireworks competition takes place at the Cocó beach, at the end of the Postiguet, which lasts until the day of San Pedro, June 29.

Alicante also does not forget the sport and the proximity of the sea, makes Alicante the perfect city to enjoy sporting events of national and international interest year after year; one of the most important has been the Volvo Ocean Race.
Volvo Ocean Race
. Alicante was designated as the Start Port during the 2008, 2011, 2014 and 2017 editions and has been designated again for the next edition, which will take place in 2021.

And as we mentioned before, not only has beaches but it is true that we must not take away merit because we have some of the most beautiful beaches of the Costa Blanca. Alicante has a large number of beaches that are one of its main tourist attractions. Year after year they receive the recognition of the European Union with Blue Flags that give them a well-deserved international prestige; being considered one of the best beaches of the Mediterranean coast. It is also worth noting that the city thinks of everyone and since June 2016 you can enjoy the Aguamarga beach, the beach adapted for dogs.

Alicante, a quiet city where there is a lot to see and do. We look forward to seeing you soon! 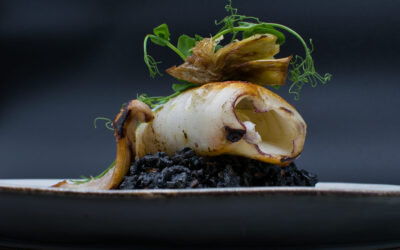 ORGANIC by SERAWA: Your new restaurant in Alicante with organic and Km 0 products.

Ecological, sustainable and a slow lifestyle. These are just a few of the words that sum up the... 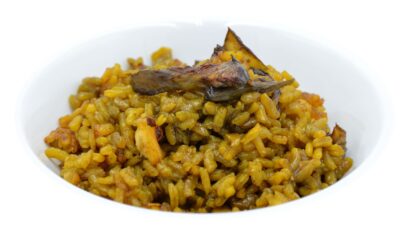 Olea by SERAWA: Your new restaurant in Moraira of evolved tradition and maximum respect for the product.

Olea by SERAWA is tradition evolved. From the hand of our young chef Germán López, disciple... 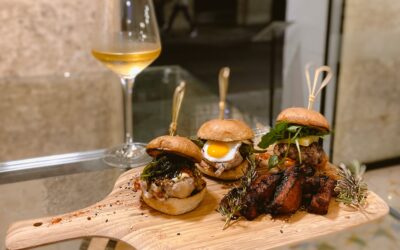 Have you ever wondered how many hamburgers you can eat per week? The answers can be infinite, but... 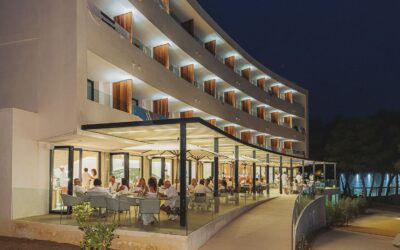 The White Party at SERAWA Moraira

Successful turnout at the first 'The White Party' at SERAWA Moraira The magical white night is...